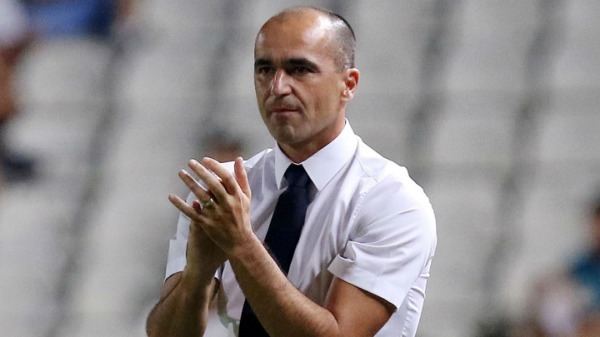 Roberto Martinez knows there is more work to be done with his Belgium side after beating Cyprus 3-0 to silence the boo boys.

Belgium made an ideal start to their World Cup qualifying campaign as Romelu Lukaku scored a goal either side of half-time in Nicosia and Yannick Carrasco added a late third on Tuesday.

There was still time for substitute Michy Batshuayi to miss a penalty and classy performances from Kevin De Bruyne and captain Eden Hazard meant Belgium were a cut above their Group H opponents for the duration.

It was a far cry from the boos and jeers that met Martinez's first match at the helm, last Thursday's lacklustre 2-0 friendly loss to Spain, and the former Everton boss was pleased to send the travelling fans home happy.

"We did not expect an easy match in difficult conditions, but we won this match by three clear goals, we missed a penalty and few opportunities," he told reporters.

"In addition, our new defence did not concede a goal. We were quite present defensively, very good in construction, in the reactions.

"In short, we were good as a team. We still have to improve, that's normal, but now in a different system, with the will and the courage of my players, I am very happy.

"We must work several aspects of our game to improve certain points, especially to erase the few moments of indecision.

"But, on the whole, I was pleased with the attitude and efforts of my players in this new system. I'm delighted. "

Martinez added: "The fans were also behind us and I'm really happy to go home with this result."