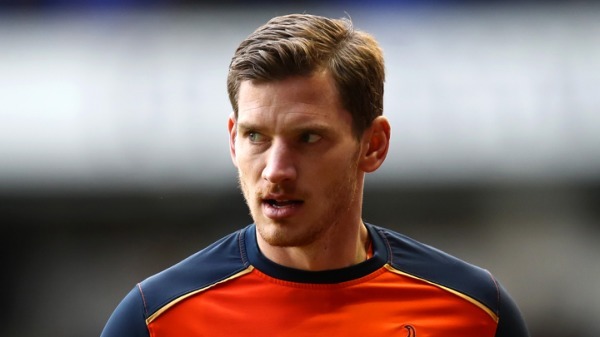 Jan Vertonghen is reportedly set for two months on the sidelines with an ankle injurysuffered in Tottenham's4-0 win over West Brom on Saturday.

The Belgium defender, 29, is said to have sustained ankle ligament damage in the victory, which kept Spurs within seven points of Premier League leaders Chelsea.

Mike Dean demoted to the Championship

Vertonghen has played in all but one of Tottenham's league games this season, and he has been key to their impressive form, serving as an integral part of a resilient Tottenham defence.

Here, with the help of Opta, we look at the impressive statistics surrounding Spurs' defensive performance, which could well decline with Vertonghen out of the picture.

Thanks to everyone for your kind messages. Gutted to be injured but will be back as soon as I can #COYS

14 - Tottenham have conceded only 14 goals this season, the fewest of any team in the Premier League.

12 - Mauricio Pochettino's men have also allowed the least goals from inside the box, with 12 of them coming from within 18 yards. That is the best record in the league, with Chelsea (13) next on the list.

57 - Just 57 of those shots faced by Tottenham have been on target. Chelsea have given up the fewest shots on target with 52.