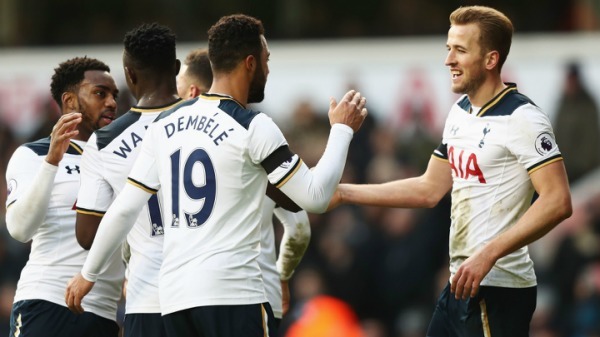 Do not expect any Tottenham players to be lured to the Chinese Super League as Harry Kane and Co. challenge for silverware.

Oscar made a record-breaking move to Shanghai SIPG from Premier League leaders Chelsea, while former team-mate Diego Costa has been tipped to join the likes of Carlos Tevez, Hulk, Axel Witsel, Ezequiel Lavezzi and Ramires in China.

Kane, however, believes Tottenham's squad will remain together in their attempts for glory under manager Mauricio Pochettino.

"People are going to speculate about that but you can see how good a shape the club is in," said Kane, who scored a hat-trick in the 4-0 rout of West Brom on Saturday.

"Performances like West Brom and winning games like that, the next step for us is winning trophies, so hopefully we can do that this season and push us onto the world scale.

"I'd be very surprised if any of our players went out there, especially within the next couple of seasons. What we've got going on here is something very great and I think it would be silly for the players here not to be part of it."

Tottenham are second in the table following Liverpool's draw at Manchester United.