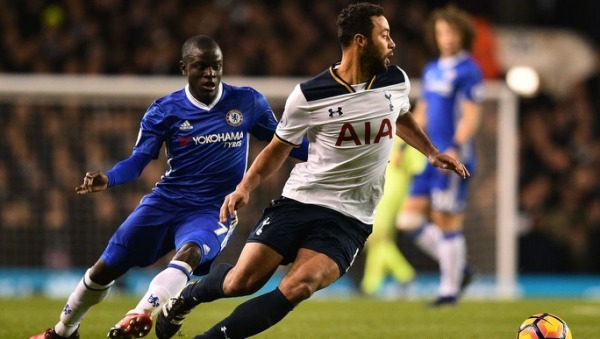 Tottenham Hotspur midfielder Mousa Dembele has claimed it would be difficult to decide between top level football and moving to the Chinese Super League.

Several high-profile players have made the move to China, with Oscar, Hulk and Alex Teixeira among the more notable players to have swapped European football for Asia.

Belgian newspaper ​Het Nieuwsblad have reported several Belgium internationals are being eyed up as potential targets for Chinese Super League teams, with the likes of Romelu Lukaku, Christian Benteke, Dries Mertens and Marouane Fellaini all being linked.

Spurs midfielder Dembele is another being linked, and the 29-year-old has claimed it wouldn't be the easiest decision should he be offered a route away from White Hart Lane.

“It is a very difficult choice," Dembele revealed.

“For young players who are still growing, it is not wise to go. For older players maybe it’s different. But honestly I have no idea about the level of football. It is hard to say.”

Dembele is seen as a vital player under Spurs manager Mauricio Pochettino, and a potential departure by the former Fulham man would arguably be seen as a disaster. No specific club has been mentioned in the same breath as Dembele, but with him turning 30 years of age next July the midfielder could be tempted to spend the last years of his career earning monumental amounts in China.

Dembele has yet again established himself as one of Tottenham's most important players this season, playing a large role in Spurs' 2-0 win over Chelsea, with the north London club currently third in the Premier League.