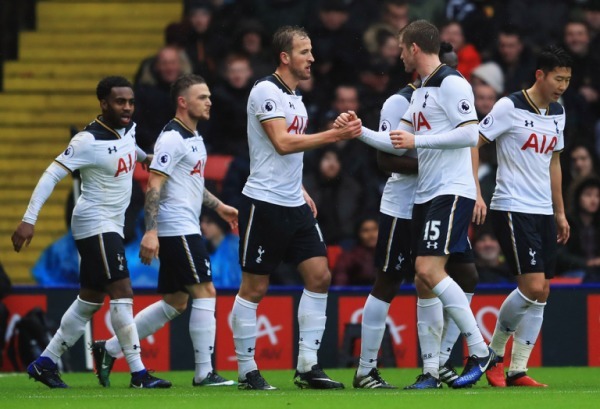 Tottenham will go second if they beat West Brom

Tottenham have named an unchanged XI for Saturday’s clash with West Brom at White Hart Lane.

Spurs boss Mauricio Pochettino keeps the same team that beat Chelsea 2-0 in their last match – and that means Harry Kane returns up front (he missed the FA Cup win over Aston Villa), and both Dele Alli and Christian Eriksen also start.

So it’s nine changes in all from their FA Cup XI last week as they seek the win that will hoist them into second place in the table – four points behind leaders Chelsea.

West Brom manager Tony Pulis makes three changes from the side which lost to Derby in last week’s FA Cup. Ben Foster returns in goal, Chris Brunt is in at left back and Nacer Chadli returns and will face his former club.

The Baggies are chasing a third Premier League win in a row.