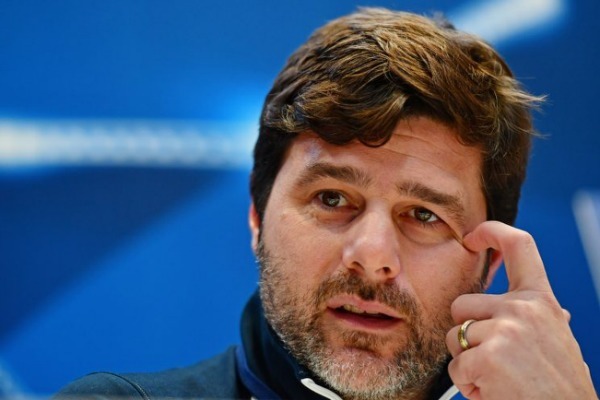 Mauricio Pochettino seldom conducts interviews in England, perhaps due to those lasting memories of his words potentially being used against him. However he’s a lot more receptive to talking to Spanish-speaking media outlets and yesterday he spoke with EFE in Spain about a variety of subjects, although mainly Tottenham Hotspur, but also with bits and pieces on Diego Costa and Pep Guardiola’s uneasy start to life at Manchester City.

Does Tottenham have the Pochettino ‘mark’ on it?

At every level; the coaching staff has left its mark and [our] personality. All of which is thanks to its components, its members and day-to-day [work]. Each coaching team imposes its own philosophy and energy. In our case it’s similar with me at the head, we have our specific mark which we want the team to show in each match.

Tottenham’s style stands out because the full-backs bring a lot to the attack. Is Danny Rose the ‘new Marcelo’?

[Laughing] If you told him that he’d be very happy, Marcelo’s a player he likes a lot. We have an idea, a philosophy, in which we like to use full-backs who can get forward, who use the lanes. They’re important in that area of the pitch and the position is special. We’ve got footballers like [Kyle] Walker and Rose who give us what we’re looking for. We also have Ben Davies and Kieran Trippier, young players who help make the starters improve, who are ready and bring the competition that’s needed.

Tell me about Christian Eriksen..

He’s a player who has this great ability to make the team tick and also make his teammates look better. He is, without doubt, someone very special, a football who interprets, without needing to be told, what his teammates can do. He’s the brain, the player who helps everyone else understand the game better.

He’s a player who is very aggressive in attack. He’s ruthless when he charges forward and with determination, which makes him very dangerous. He’s got a great understanding of the game and attacks spaces majestically, has a good mentality and is confident in himself. His emergence is the most important in English football in the last few years.

The evolution of goalkeeper training has been incredible in the last few years. What does Toni Jimenez bring to that side of the game? And what job do your assistants, Jesus Perez and Miguel D’Agostino, do?

When I started my career in coaching, and thanks to my special relationship with Toni (goalkeeper coach), I started to pay attention to the goalkeepers. It’s a different role to everyone else that needs individual work but mixed with ideas of the team via the coaching team. I don’t say this because he’s my friend and goalkeeper coach but Toni’s designed a method which makes him unique and his concepts work perfectly with our philosophy.

The goalkeeper is a vital part of the side; it’s impossible to not have them inside the structure of how the team plays. The keeper is fundamental.

There’s also Jesus, who I’ve known for six years now, from my time at Espanyol. He’s my right-hand man, left-hand man and my eyes. We have a great relationship, we’re friends and have a lot of respect [for each other] professionally. He’s one of the most prepared people in the footballing world.

Then there’s Mike, who is in charge of analysis and image [of the team]. His opinions are very important and we make the decisions, such as how we play, as a collective.

How is Erik Lamela doing with his injury?

He’s still recovering. We didn’t expect it to take so long. Let’s see if in the next few weeks he can return to the group and we can have him back with us.

Which team in Spain would you compare Tottenham with? Atletico Madrid?

All comparisons are wrong as it’s complicated to form a team. I have all the admiration in the world for [Diego] Simeone, we have a great relationship and with ‘Mono’ Burgos too. What they’re doing is impressive and I’ve congratulated them. You can only admire what they’ve done.

Pau Lopez is the only Spanish representative in the first team at Spurs..

We were very clear with him when we proposed the move to bring Pau here. He’s a player for the present and the future. Right now we have two very good goalkeepers in Hugo [Lloris] and Michel [Vorm], but he can be very important in the future. The chance to come to Tottenham and learn English football first hand can help him to grow.

Tonight you face Chelsea in the biggest game of the week, against Diego Costa. I’m sure you’ve thought about how you’d mark him if you were still playing. Would it be one of those duels you’d have enjoyed being involved in?

Diego Costa is a player you hate to play against but love if he’s your teammate. He’s extremely competitive, with character, who never likes to lose. He’s proud and that means he can overcome things every day. He transmits that culture of winning to his teammates, to never be satisfied, to always want more. He makes you become better with each day and is someone everyone would love to have in their side.

How have you seen Pep Guardiola’s adaptation to the Premier League?

When you approach something different it isn’t easy, and the Premier League is completely different. Until you arrive here you don’t suffer and realise what it’s all about. At times people tend to underestimate the English league, they believe that it’s all long ball here, that there’s no quality and they all have Wednesday off training. But that doesn’t exist now.

I’ve been in this country for four years and I’ve never seen that. If you arrive and you aren’t humble enough to know what work needs to be done, you will be disappointed. Guardiola is one of the best coaches in the world and it’s normal that he needs time to develop his work and [for his players] to capture his ideas.