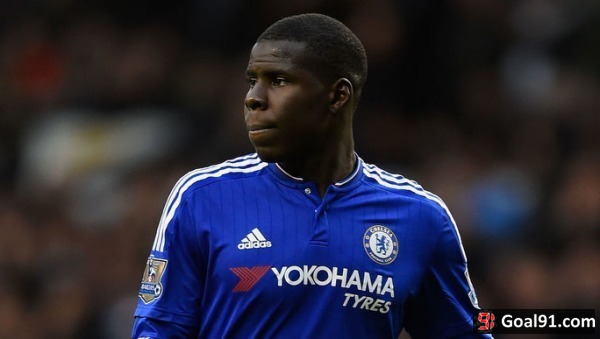 ​Chelsea defender Kurt Zouma, the forgotten man at Stamford Bridge, is nearing his long awaited comeback after managing 45 minutes for the club's Under-23 side on Monday night. It's an appearance that will be a huge boost both to Antonio Conte and the player himself.

Zouma hasn't played a senior game since suffering a devastating knee injury in a Premier League clash with Manchester United in February. The absence forced him to miss Euro 2016 with France and has denied him precious opportunity to impress the new Chelsea regime.

Thanks for all the messages & support - good to be back on the pitch tonight ���� @ChelseaFC pic.twitter.com/MFRi5j2V1L

Taking to Twitter after the 2-2 draw with Derby County, Zouma said, "Thanks for all the messages & support - good to be back on the pitch tonight."

He was also congratulated by Chelsea's new social media king Michy Batshuayi, who said, "My bro @KurtZouma back soon !!! Congrats for the minutes played tonight."

My bro @KurtZouma back soon !!! Congrats for the minutes played tonight ������ #hardworker

Zouma's absence saw Chelsea desperate for a centre-back in the summer transfer market, eventually settling for an expensive return to Stamford Bridge for David Luiz.

Without an injured John Terry and a manager struggling to find the best system for the players at his disposal, Chelsea were defensively poor in the early part of the season.

Some of that has been improved by a shift to a fluid 3-4-3 system, one that Zouma as a strong, powerful and mobile defender would arguably be perfect for. He has the pace and the recovery that would stop him being caught out without a full-back next to him where the older Terry or Gary Cahill would encounter difficulty.

Yet Chelsea also remain linked with another centre-back.

A report from the Daily Mail suggests that long-time rumoured target Antonio Rudiger is back on the radar. A knee problem is thought to have stopped a summer approach, but there is now talk of a £35m move from Roma once more.