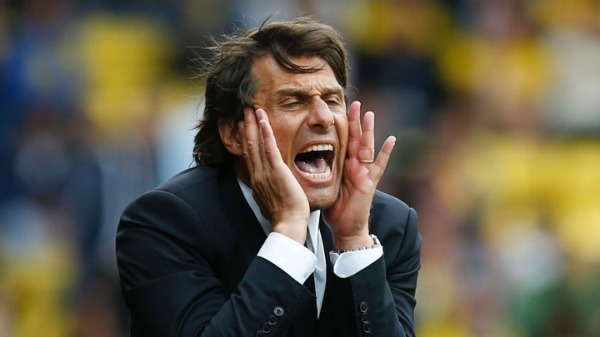 Antonio Conte admits it will be difficult for Chelsea to land their transfer targets before Wednesday's deadline due to a "crazy" market.

The Blues have brought in Michy Batshuayi, N'Golo Kante and goalkeeper Eduardo during the transfer window, but it is reported that manager Conte is in the market for defensive reinforcements.

Napoli's Kalidou Koulibaly was rumoured to be a transfer target, while on Thursday AC Milan stated they had rejected a bid from Chelsea for Alessandro Romagnoli.

[EVERY PREMIER LEAGUE TRANSFER THIS SUMMER]

And Conte is unsure as to whether new additions will arrive before the window closes.

"I believe with this market it's very difficult to [do] something," he said ahead of Saturday's Premier League fixture against Burnley.

"Now we have a game against Burnley that is more important than the transfer market. At the end of the market I hope to have some more players than now."

Asked if he feels Chelsea can compete if no additions are made, Conte replied: "It's very difficult to reply because I am working with these players only 40 days.

"We know that we can improve a lot with our work, but it is also important to have a right number of players in the squad to compete with the other teams."

Conte, who hopes to have Willian available after he sat out last weekend's 2-1 win over Watford with a calf injury, also insists that the arrival of Eduardo does not mean that back-up goalkeeper Asmir Begovic will be leaving Stamford Bridge.

"No, our situation is very clear, we have three goalkeepers now," he said.

"First Courtois, second Begovic, third is Eduardo. We needed a third goalkeeper because [Jamal] Blackman went out on loan. We are happy to have Eduardo with us."