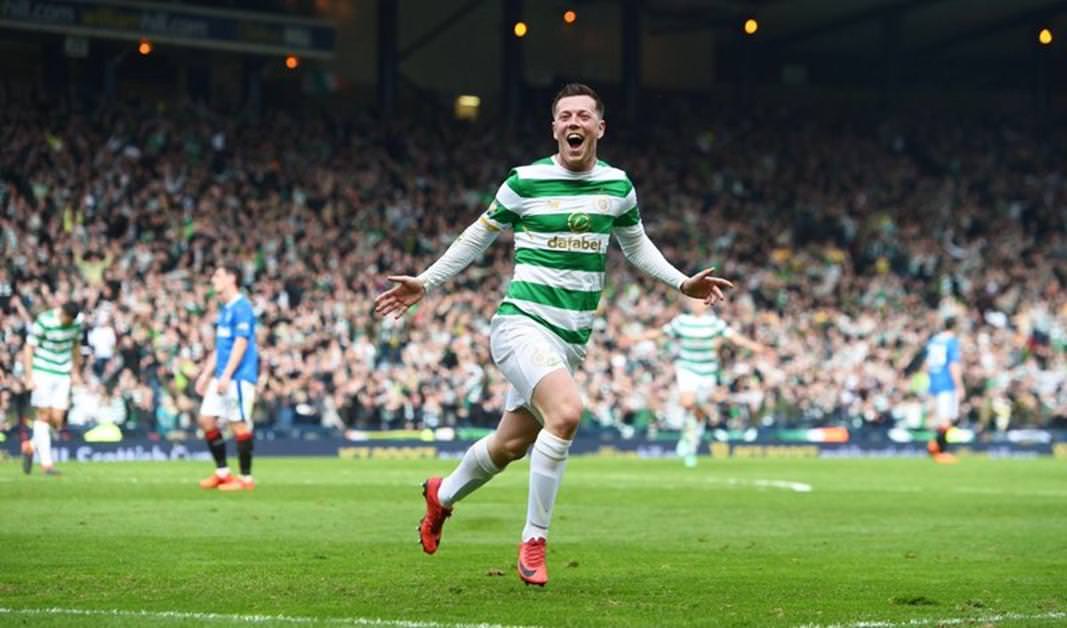 Glasgow rivals Celtic and Rangers clashed at Hampden Park in the semi-final of the Scottish Cup on April 15 in what was billed as the long-awaited comeback of the blue half of the city. In reality, we saw Brendan Rodgers’ Bhoys flex their muscles and remind us just who is in charge of Scottish football.

Celtic went through an entire season unbeaten last time – scooping the Premiership, League Cup and Scottish Cup, while making real progress in the Champions League – and although The Hoops don’t boast that same pristine record this term, they are on course to complete a famous double-treble.

Under the guidance of stand-in manager Graeme Murty, the beaten side looked all at sea from the first whistle and with their opponents happy to stand off and let them play, Celtic didn’t need a second invitation. Tom Rogic broke the deadlock on 22 minutes with a wonder strike and that opened the floodgates, with Callum McGregor, Moussa Dembele and Olivier Ntcham getting in on the action.

Things went from bad to worse for the Gers, who had young defender Ross McCrorie sent off early in the second half before unused subs Kenny Miller and Lee Wallace turned on their manager and have since been suspended by the club.

To complete the treble in 2016/17 Celtic beat Aberdeen in the final of both cups and had the Dons placed second behind them in the league in spring. They have already trumped Motherwell in the League Cup and bookmakers have them as nailed-on favourites to finish the job at Scotland’s national stadium on Saturday, May 19 when the clubs decide the trophy.

It won’t surprise anyone with an eye on Scottish football betting to see the oddsmakers mark Celtic as jolly to complete the treble and there’s currently no more than the 2/9 there on them winning the silver without the need for extra-time or penalties. There’s even tighter if you want the safety net of the ‘to lift the trophy’ market, 1/10 the call.

A flick through the head-to-head stats involving these sides tells us exactly how traders have arrived at their thinking, but it also throws up a bit of value for those who fancy a punt on the season-ending spectacle.

The cup final will be the fifth meeting of the clubs this season in all competitions, but the Glaswegians haven’t had things as straightforward as the betting would suggest with two of the four ending level, 1-1 in November and goalless earlier this year. That makes the 5/1 on another draw worth a second look and it’s a bet sure to make this match more interesting.

Taking no in the both teams to score market would’ve resulted in a winner in six of the last 10 renewals and this leg to fall into line is 2/5. Followers of the stats may be interested to know Celtic have scored exactly two goals in four of those 10 with 2-0 the score in three of the seven most-recent clashes. 2-0 Celtic will earn you a shot at 4/1.