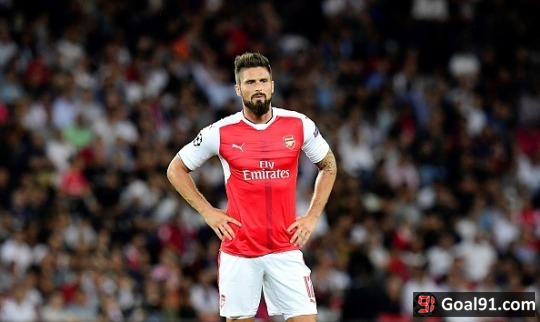 Is the Premier League party finally over for Olivier Giroud? He still looks absolutely fantastic, but he’s feeling more like a trophy striker for Arsenal these days (a bitterly ironic predicament given the Gunners’ lack of actual trophies).

No starts this season, no goals this season - the most entertaining thing Giroud has done is get sent off against Paris Saint-Germain (which he looked fantastic doing, by the way).

But there is a club out there who will appreciate Olivier for more than just his looks, according to the Daily Mirror. And that’s Juventus.

AC Milan continue to be linked with a move for Chelsea’s Cesc Fabregas in the January transfer window, with Italian website Calcio Mercato suggesting they could offer defender Mattia de Sciglio in exchange.

Another man who could leave Stamford Bridge is Michy Batshuayi, who only joined the Blues three months ago but may head back to Marseille according to LeSport10 - possibly because he is scared of Diego Costa, in both a professional and actual sense.

Elsewhere, Aston Villa want Huddersfield’s David Wagner to be their new manager (Guardian), Man Utd outcast Matteo Darmian is set for a move to Inter Milan (Manchester Evening News) and England are trying to sign Celtic sensation Moussa Dembele even though he is quite clearly French (Sun). Shameless.