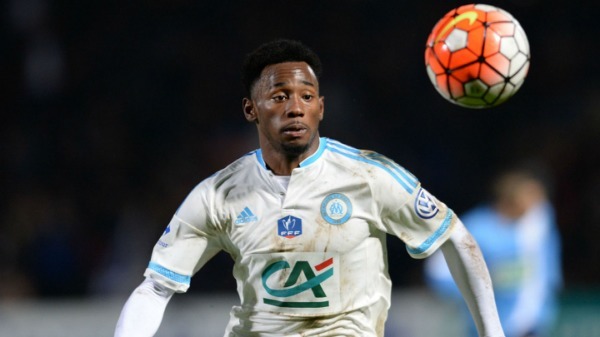 Tottenham have completed the signing of Marseille winger Georges-Kevin N'Koudou.

N'Koudou is reported to have caught Spurs' eye when scouting new Chelsea striker Michy Batshuayi and the France Under-21 international pens a five-year deal at White Hart Lane.

The 21-year-old only moved to the Stade Velodrome from Nantes in 2015 and scored five goals in 28 Ligue 1 appearances during his solitary season at Marseille.

N'Koudou is only the third new arrival at White Hart Lane during the transfer window, the Frenchman joining Vincent Janssen and Victor Wanyama in joining Mauricio Pochettino's squad.

And the winger is relishing the chance to strut his stuff in the Premier League, a division he believes will suit his style of play.

"I can't wait to get to know the Premier League and the English game," he told Tottenham's official website.

"It suits my playing style, it's explosive. Everyone knows I'm fast, I like to dribble around players so the English league is best for me. I'm excited and can't wait to get started."

The 23-year-old has failed to make an impact at Spurs since arriving from Lyon in August 2015, the Cameroon international failing to find the back of the net in 14 appearances in all competitions.