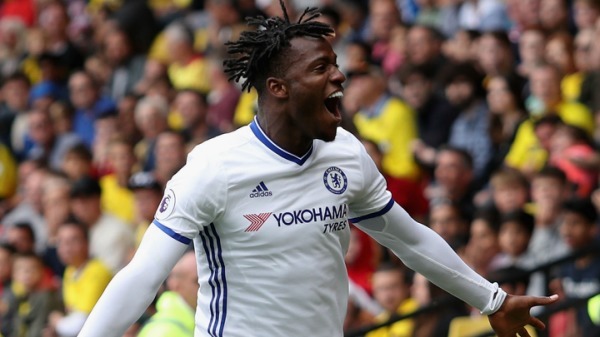 Antonio Conte is ready to start Michy Batshuayi in Sunday's FA Cup third-round tie against Peterborough United and believes it is a good opportunity for the Belgium striker to showcase his talents.

Batshuayi joined Chelsea from Marseille in July for a fee reported to be in the region of £33million.

The superb form of Diego Costa contributed to the 23-year-old not making a single Premier League start, but he was also restricted to a substitute's role when the top scorer was suspended for the 3-0 win over Bournemouth on Boxing Day.

Lille and West Ham have been linked to a move for Batshuayi, while speculation suggesting Chelsea will try to bring in Swansea City striker Fernando Llorente as cover for Costa offers little encouragement over his future at Stamford Bridge.

Nevertheless, Conte is keen to see the striker impress against the Blues' League One opponents and show he is adapting to the physical nature of English football.

"I have a good opportunity in this game to see Michy from the start, this is important," he said.

"Diego has done very well, playing a lot, and I didn't take a final decision because there is also tomorrow, but I think for Michy it could be a good opportunity to show me his progress.

"For him but also for other players it could be a good opportunity to show me that he deserves to play more in future.

"It is very physical in England but Batshuayi is growing into this."

Conte also confirmed he will hand Kurt Zouma his first senior appearance of the season this weekend.

The French defender missed the start of the campaign as he recovered from a cruciate knee ligament injury and has been an unused substitute for Chelsea's last five Premier League matches.