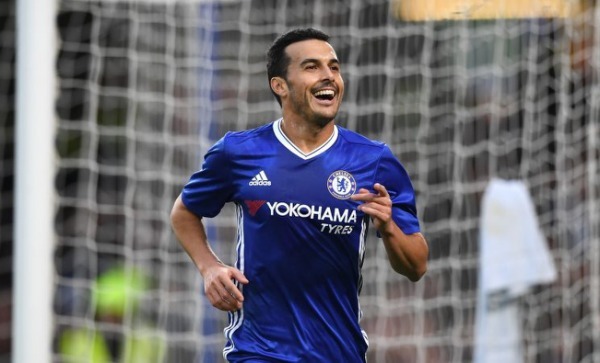 A first taste of the FA Cup for Antonio Conte went fantastically well, discounting a John Terry red card that left the Blues shorthanded for a fair amount of the second half. A number of fringe players got a run out and some old stalwarts got to work a bit of rust off.

The biggest headline of the day was that Kurt Zouma has returned to first-team action after nearly a year out from his horrendous ACL injury. He looked in fine form, if a little tentative about getting injured again, but showed he still has judgment beyond his years and pace exemplary for a defender. John Terry and Ivanovic got run-outs as well, and they performed pretty much exactly how you would’ve expected.

Terry got caught out after a missed tackle by Zouma and knowing he would be unable to keep pace with United striker Lee Angol, he did the only thing he could and took out the man. A debatable red-card offence but nevertheless he proved he still can’t be as of much use as he once was. In the David Luiz role he was deputising, he was too much of a liability. And Ivanovic tried his best, but was still pretty bad overall.

Ruben Loftus-Cheek and Nathaniel Chalobah had significant impact on the game, with both having several chances to score in the sea of other chances Chelsea had on the night, and tragically they ended the game empty-handed. With Nathan Aké also being recalled to the team from Bournemouth, it seems Conte is not averse to playing youngsters, but whether they get a shout in ahead of his preferred eleven is a whole different story.

It was the first-team regulars Pedro and Willian who got three of the four goals, and shows how important they are to this Chelsea side. If they hadn’t been playing Chelsea would’ve been hard-pressed to get goals from Michy Batshuayi or Cesc Fabregas, as they would be the next in the predictable list of those most likely to score on the Blues.

The system was largely the same, with more of a 3-5-2 look to it with Batshuayi and Willian playing as forwards. Pedro was a left wing-back and did quite well, as proven by the fact he scored a brace, and had multiple chances to grab a hat-trick. Chalobah, Loftus-Cheek, and Ola Aina were the youngsters given a runout to prove themselves and Aina looked the worst of the three with several failed tricks, flicks, and missed passes. He seems as if he needs to be in the cooker a bit longer before playing first-team for Conte.

Loftus-Cheek had a good day with charging runs, shaking off challenges that would seem to halt anyone else’s progress, and was unselfish as he was involved in one of the goals. His judgment needs to improve, but that could be said of any youth-team player who’s a candidate for first-team football. Nathaniel Chalobah looked the most solid and versatile, with a wicked long range shot on him, and good defensive acumen, he is certainly one to watch in the future.

Not much was to be learned from the game, but it was a fairly good bit of entertainment for a Sunday afternoon. If anything was to be learned though, it would be that Batshuayi is a bit selfish, Terry is still too risky to play, Ivanovic would be better off elsewhere, and that Pedro is one of the most dangerous players at Chelsea, and perhaps the Premier League.